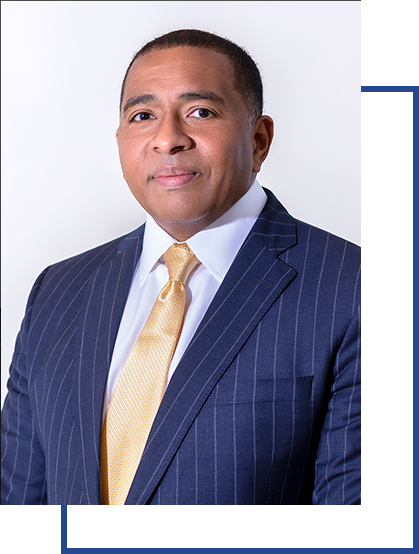 Michael Garcia is an experienced litigator that represents a diverse list of businesses and individual clients in various industries such as Construction, Health Care, Textile, Real Estate, and Government Affairs. Mr. Garcia has more than 21 years of combined experience as an Attorney and Paralegal.

As a litigator, Mr. Garcia has represented his clients in civil, construction, municipal, and commercial litigation lawsuits, as well as government procurement, and administrative hearings. Mr. Garcia has significant Florida Municipal Law experience due to his prior employment as an Assistant City Attorney, and his current practice working with the City of Miramar and the Broward County Sheriff’s Department.

During his tenure at Arnstein & Lehr LLP, Mr. Garcia also represented various corporations, developers and contractors that conducted business with municipalities throughout the State of Florida. As such, Mr. Garcia was in involved in numerous successful bid protests on behalf of the firm’s clients. Most of the successful bid protests were challenges to awards, however, some also involved defending the issuance of an award by a municipality to a client. Mr. Garcia also represented developers and corporations securing land use, zoning changes and variances. Mr. Garcia has prepared and argued numerous property tax appeals with the County Appraiser’s office.

Currently in his practice, Mr. Garcia has successfully represented numerous clients in matters regarding Florida Municipal Law, including code enforcement hearing, appeals, and reduction hearings; represented numerous clients in the construction field, including reviewing, preparing and negotiating contracts, as well as litigating construction matters; been involved in real estate matters such as reviewing title, transferring of real estate, reviewing contracts and litigating real estate disputes; and represented several corporations handling all of their legal matters.

The complexities of the various cases have allowed Mr. Garcia to develop his litigation skills to specifically tailor the litigation strategy to meet the nuances of each case. In addition, Mr. Garcia has also drafted various commercial, construction and municipal agreements which has enabled Mr. Garcia to effectively advise his clients regarding the terms of the such agreements.